TR Ing. Viktor Seitschek passed away unexpectedly on 16 July 2019 at the age of 76 during his summer holiday in Croatia.

As a "co-founder of quality management in Austria", Viktor Seitschek will be remembered as a pioneer in his field. He was co-founder of Quality Austria and known for his tireless dedication to quality. We say goodbye to an impressive person, a loyal companion and an admirable colleague and friend. His knowledge, competence and engagement have contributed to the success of our organisations, and we can look back on many memorable milestones. With his friendly and humorous personality, he leaves a truly big gap. We will remember Viktor as a very special person.

Here are some of his many activities in the field of quality:

since 1979: Austrian delegate in the EOQ (European Organization for Quality) and Member of the Board of Directors

July 1989: Co-founder of OQS (Austrian Association for the Promotion of Quality and Management Systems)

since 1989: Member of the International Academy for Quality (IAQ)

since 1992: Managing Director of OVQ

1995: Accreditation of OQS as the first certification body according to EN 45013

since 2000: Managing Director of OQA "Austrian Society for the Promotion of Quality"

since 2007: Honorary member of the Russian Academy of Quality Sciences

since 2011: Past President of the EOQ 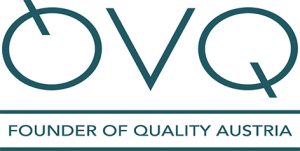 Preparation in theory and practice is essential!

The Top 5 insights from 2020 – from a different perspective

Occupational health and safety of workers – more important than ever?

When may an IATF 16949 audit take place remotely?

The right training makes the difference

Train for your success

What is new, what can we expect?

Digitalization – Quality in the age of Industry 4.0